Tag Archives: Guardians of the Galaxy 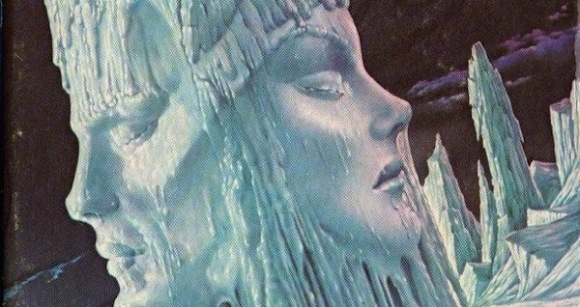 Okay I’m going to complain about Guardians of the Galaxy for a bit. 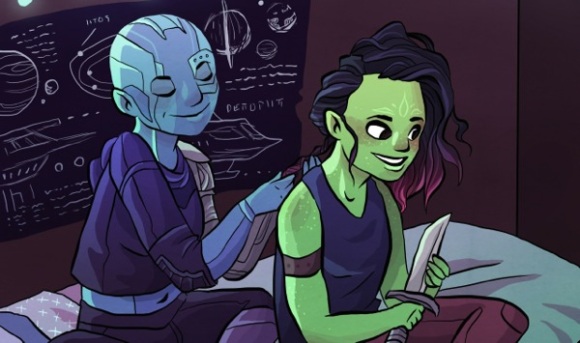 Last week I finally caved and shelled out a bunch of money to go see Guardians of the Galaxy in theatres. I’d been meaning to watch it for a while, was super excited to go, bought myself some delicious snacks, and in the end had some pretty major issues with the movie. I should make clear that I actually really, really enjoyed Guardians of the Galaxy. I’ve always wanted more of the funny, human moments in my sci-fi and fantasy (it’s the reason serialized stories like Buffy and The Last Airbender appeal to me so much, there’s room for the story to include those little moments), and Guardians is the first Marvel film to deliver that. I left the theatre in a great mood, but it’s because I truly think it was a good movie that I was so disappointed in its failings. I’m not going to waste anyone’s time talking about movies that from the outset are going to be horribly sexist (think The Expendables), but this I will bother with.

The Bechdel Test (which a movie can pass if it has two named female characters who talk to each other about something other than a man) may not be the one true measure for whether a film has positive representations of women, but it does help in that it establishes a very easy baseline to meet. Guardians barely manages it. There are only a handful of exchanges between foster sisters Gamora and Nebula, and almost all of them centre on the dealings of their father Thanos and the warlord Ronan. In a movie with an ensemble cast of heroes and multiple villains and supporting characters, this is pretty inexcusable.

Gamora and Nebula were, let’s face it, criminally underused. Here you’ve got two badass assassin sisters with some horrific family issues, and they’re both barely in the film. (Not to mention Zoe Saldana and Karen Gillan are basically geek catnip at this point. Lieutenant Uhura and Amy Pond as sisters? How did they not capitalize on that?) Gamora also fits neatly into another tired trope: Women characters who could easily be replaced with a floor lamp with some useful information written on it. Think back, what does Gamora accomplish in terms of plot? She has information on Ronan and his plans, knows about the orb and where to sell it, reminds Starlord of his mother and literally holds his hand to help him save the world. That’s it. The tree and the raccoon both got more character development than she did.

2. While were at it, give the ladies a sense of humour

What Guardians did that was so novel is that it made this big, world-ending science fiction story funny. That’s why people loved it! Starlord and his 80s jams! Groot and Rocket! Even the metaphor-challenged rock dude gets in a few good one-liners. Gamora? Nothing. Not one funny thing. WHY ARE THE WOMEN BORING. I want funny women, damn it, this should not be hard to accomplish.

3. The everyman human being doesn’t have to be a straight white dude.

Stories will often give the audience a character through which they see a new world. A fellow outsider who will have the same reactions to the novelty they’re encountering. It’s a common storytelling device, as anyone who’s read “child tumbles through mirror/wardrobe/hole in the ground/other magic portal” fantasy stories will know. If the protagonist is learning about the world along with the audience, it makes introducing the world, its inhabitants, and its rules easier. But, and this is a huge sticking point for me, the stand-in for the audience does not need to be a man. Or white. Or straight. I can’t stress this enough. You don’t lose the connection to your audience if your protagonist is a minority (and hey, women aren’t a minority, or even a minority of people who spend money on movies and merchandise).

Sorry, but you do. There are no excuses at this point. Maybe it’s because I’m pretty heavily into RPGs right now, but I think a lot about character creation. And though I know that Guardians was working off an established comic series, I’m assuming that quite a lot of the story was changed to better fit its new medium. So why, aside from obvious, sexist reasons, couldn’t some of the characters be genderbent? Big grumpy rock dude could have been big grumpy rock lady. Does Groot even have a gender? Thanos, Starlord, Rocket, Starlord’s mercenary family, that weird collector dude to whom they tried to sell the orb? What makes them all have to be male? The plot and dialogue could have remained completely unchanged, and there would have been a greater number of women in the cast from one moment to the next.

5. Gamora didn’t need to be a love interest.

I get it, you wanted a bit of romance to spice up your space epic. I’m even on board with the idea, flirtations and kisses make things fun. But, since you decided to only have one woman (see #4) and you couldn’t possibly have queer romance, that one woman automatically becomes the love interest. And I’m so over that. I’m bored that so many characters I’d like to identify with never get to be more than that chick the main character wants to bang. There are obviously worse examples than Gamora, but given her lack of proper characterization and importance to the plot (#1), the fact that she doesn’t contribute to the humour of the film (#2), and the audience isn’t seeing the story unfold through her eyes (#3), relegating her to a love interest is a pretty bitter disappointment.

6. If you’re going to give the audience gratuitous butt shots, you better be doing it to everyone.

We get it, Zoe Saldana has a beautiful ass. I can assure you that Star Trek really hit us over the head with that one. There was no need to film her going up stairs from below, over and over again. Have we really not progressed since Barbarella?

7. “Whore” is not a catchall insult for women.

First off, no one should be calling anyone a whore. Sympathetic characters especially should not be calling anyone a whore. And even if this was somehow a legitimate thing to include in the film, at no point during the movie are we shown Gamora being, or alluding to being, promiscuous. Not only is grumpy rock dude’s insult super inappropriate, it’s not even based in anything he could consider fact. I can’t speak to the comics, but from the movie audience’s point of view, being a woman and unliked is apparently enough to qualify you as a whore. You want to call someone a whore, grumpy rock dude? The only candidate, based on movie behaviour, would be Starlord. What’s that? You have other, more relevant insults for him? Maybe look into that double standard a little.

8. This universe is actually pretty woman-free

So we’ve got Gamora, Nebula, and Irani Rael (played by the always welcome Glen Close). That’s a great start, but where are the other women? There are only a few female prisoners in the Kyln, and no Nova pilots at all. Apart from that, you have Starlord’s hookup that he forgets about, a slave, some waitresses, and a mother and child running for their lives. Forgive me if I want my fantasy worlds to be teaming with cool, diverse women (or female aliens). I have higher standards.

9. Pink is not an unmanly colour.

I counted all the people we saw from the pink-skinned race that cropped up during the movie, and they were all women or little girls, and usually in some sort of submissive position. What does this say about the people making this movie that such a heavily gendered colour is reserved for one type of character? Men can rock the pink skin too.

I don’t pick media apart out of malice. I genuinely want movies and books and all the other stories we consume to do better. I want the awesome people in my life to be reflected in the fairies, and space bandits, and demons, and cyborgs that I love to watch and read about. I want to hold these stories to a higher standard, and I think Guardians could, and should, have done better.