A song of ice and feminism: Part 2 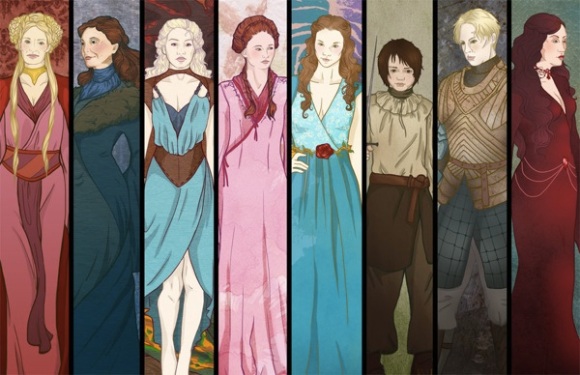 Welcome to part two of my rapturous love letter to the women of A Song of Ice and Fire. In part one I dealt primarily with the Starks and women who occupy more traditionally female spaces, but this time, it’s all about the warriors. So unsheathe your sword, draw your bowstring taught, and let’s get right to it. (As usual, spoiler warnings for all the books.) 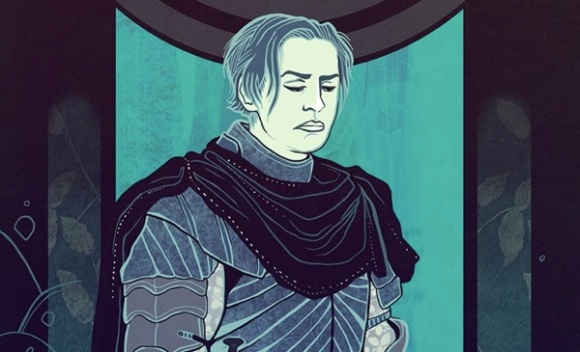 “Ser Colen,” Catelyn said to her escort, “who is this man, and why do they mislike him so?” “Because he is no man, my lady. That’s Brienne of Tarth, daughter to Lord Selwyn the Evenstar.”

“A daughter.” Brienne’s eyes filled with tears. “He deserves that. A daughter who could sing to him and grace his hall and bear him grandsons. He deserves a son, too, a strong and gallant son to bring honour to his name… I am the only child the gods let him keep. The freakish one, not fit to be a son or daughter.”

Brienne is the personification of the old adage that women must work twice as hard to be taken half so seriously. A knight and a fighter, she is perhaps the clearest example of a woman occupying a man’s space, and no other character will ever let her forget it. We are first introduced to Brienne mid combat. Though skilled, against the backdrop of a king’s tournament she is hopelessly out of place, and the scorn of the crowd is obvious. Despite the jeering, the taunting, and the bet to take her virginity, Brienne still desperately wants to be a part of the knight’s mythology. She wants that chivalry, that honour, for herself, and becomes first a member of Renly Baratheon’s kingsguard, and shortly after the sworn vassal of Catelyn Stark.

It’s actually fairly difficult for me to write about Brienne, because she is my favourite, and I’m so, so afraid for her. She’s honest, courageous, and without guile, and that’s a dangerous combination to have if your end goal is to survive in Westeros. She’s also one of the characters who best shows the permanent danger of rape. She sleeps lightly, and makes sure there are locked doors before she goes to bed at all. She is keenly aware that, as a woman traveling the world without a retinue of loyal men, she is—despite her height, strength, and skill—a target.

There is a nobility to Brienne, an idealism that persists even in the face of extreme hardship, and it makes her one of the most amazing characters in the series. 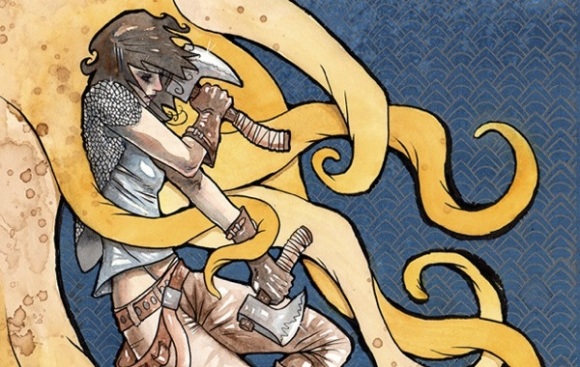 “Cunt again? It was odd how men like Suggs used that word to demean women when it was the only part of a woman they valued.”

“Got to touch one… or two, or ten. I have touched more men than I can count. Some with my lips, more with my axe.”

Proof positive that ASOIAF has a little something for everyone, Asha Greyjoy swashbuckled her way into everybody’s hearts in A Clash of Kings. The last remaining child of Balon Greyjoy (her brother Theon having been sent to Winterfell as ward), Asha has never been limited by her father. Balon sees her as his heir and, what’s more, an heir worthy of the Iron Islands. Let’s take a moment to remember how we’re introduced to Asha. Theon returns to the Iron Islands, pompous and absurd, and Asha passes herself of as a shipwright’s wife so she can get a better sense of who this brother of hers, a brother she hasn’t seen since childhood, has turned out to be. When Theon confronts her, she calmly replies that she wasn’t lying, she does have a husband—her axe—and a suckling babe. And then she takes out a dagger from between her breasts. You guys, I’m dying.

Asha just doesn’t give a fuck about you or your weird, archaic gender roles. She’s going to fight. She’s going to captain her own fleet. She’s going to inherit her father’s title, insisting on calling the entire ceremony “her” queensmoot. She’s quick, deadly, and a natural leader, and she’s so, so very fun. 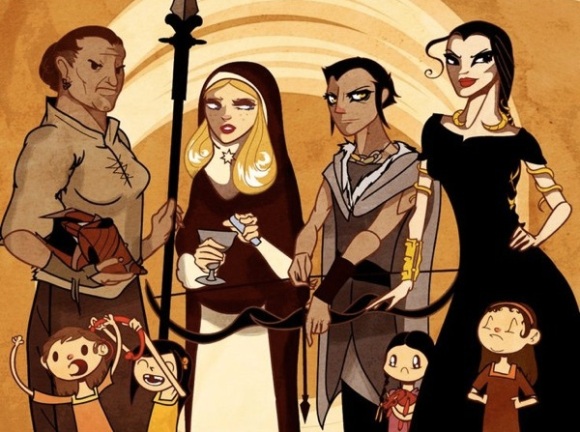 “Some men think because they are afraid to do.” —Tyene Sand

“Give me back my spear, Uncle. Cersei sent us a head. We should send her back a bag of them.” —Obara Sand

Every once in a while, the books give glimpses of pockets of female spaces that act as havens, powerful sources of support for those perpetually disenfranchised. We see it briefly in the Tyrell gardens, and again among the Mormont women. But nowhere is it as clear as with the Sand Snakes, the illegitimate daughters of Oberyn Martell, Prince of Dorne.

Every one of them is cooler than the last. You’ve got warrior Obara, strong and deadly with a spear. “Sweet” and “pious” Tyene who has a terrifyingly in depth knowledge of poisons. Beautiful Nymeria who’s rarely without at least a dozen daggers scattered around her person. Sarella who’s mother was a ship captain from the Summer Isles, and who may or may not be off studying to become a Maester, disguised as a man. And let’s not forget the young ones, including little “Lady Lance” Elia, who always smells like horses.

After the death of their father, the Sand Snakes each speak to their uncle, Doran Martell, urging him to declare vengeance on the Lannisters and King’s Landing. In response, he has them all imprisoned so that they can’t, you know, start a war. That’s just how dangerous they are, how willing they are to go ahead and start a bloodbath.

I can’t properly express how much I love Dorne and its inhabitants. Oberyn in bisexual and intensely proud of his army of daughters. Nymeria was in bed with twins Jeyne and Jenelyn Fowler when she was told of her father’s death. There are just so many wonderful moments, and even the Sand Snakes’ cousin, Arianne Martell (whom I will get to eventually) is great. Dorne seems like the greatest, most progressive part of Westeros, and it also bears mentioning that the Martells and their ilk are the only characters of colour that become truly central to the plot. 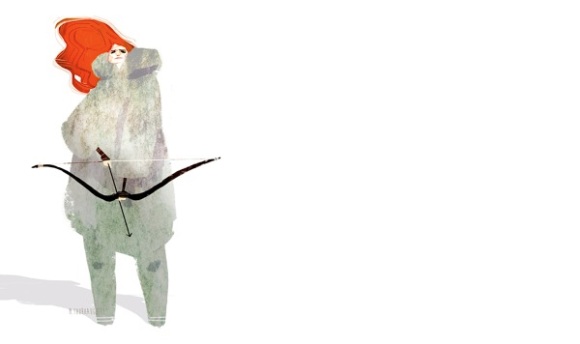 “‘I know one thing. I know that you are wildling to the bone.’ It was easy to forget that sometimes, when they were laughing together, or kissing. But then one of them would say something, or do something, and he would suddenly be reminded of the wall between their worlds.”

Heading in the opposite direction of Dorne, we (finally) come to Ygritte, the fire-kissed Wildling from Beyond the Wall. Ygritte, aside from being a badass, knows what she wants, and what she wants is Jon Snow. Jon, a member of the Night’s Watch who has recently joined the Wildlings in an attempt at espionage, cares for her, but is at first unwilling to break his vow of celibacy. Once he gets over that, however, they begin a relationship that is one of the most equitable and caring of the series, though Jon at least knows it won’t last.

When the fallout eventually occurs, Ygritte deals with being dumped in what is perhaps the greatest way possible: She shoots him in the leg and storms his castle. It might have cost her her life, but boy did she not take rejection lying down. All joking aside, Ygritte stands out as more than Jon Snow’s lover. As a woman who has never been exposed to the courtly etiquette south of the wall, she has no attachment to the more traditional femininity espoused there. A spearwife of the North, she fends for herself and has no hangups about her own sexuality. It’s a refreshing change from all the intrigue and subterfuge on King’s Landing, and puts her in sharp (and favourable) contrast to the secret-keeping Jon.