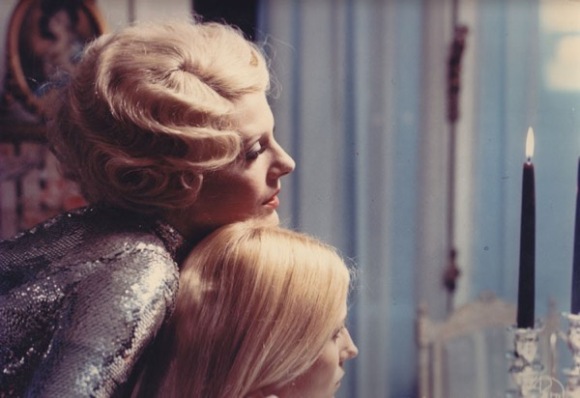 Vampire movies. There are a lot of them in the world. Sometimes they’re good, sometimes bad. Sometimes they’re scary, sometimes sparkly. There’s a vampire out there to suit pretty much any taste, but all of them have a certain magnetism, a charm that pulls in bystanders and binds them to these creatures of the night. Heads up: there will likely be more than one post on vampires, since there is a large pool to draw from. But to get us started, here are four films that, while not very frightening, put a fresh, interesting spin on an age-old mythological figure. (Not to mention a sympathetic one too.)

The story: Arash works hard to take care of his heroin-addicted father, but can’t stop a drug dealing pimp from taking his beloved car when his father fails to make a payment. In his attempt to get the car back, Arash meets a mysterious girl who, after she deals with the pimp with her own brand of justice, befriends him. Bonding through music, Arash finds he doesn’t care about the terrible things she’s done, and they leave together in the night.

Why you should watch it: A subtle, meandering story with high-contrast, gorgeous visuals, A Girl Walks Home Alone at Night is absolutely the film you should head for if you’re interested in a total departure from the endless stream of Dracula rehashes. Exploring an imaginary Iranian underworld (filmed in southern California, strangely enough) with her skateboard and striped shirt, the Girl is the true star. Endearing without ending up quirkily saccharine, her angel of death vibes are very intriguing. You’ll like her. 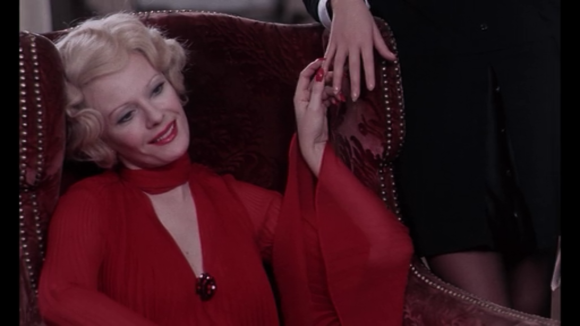 The story: Recently married Stefan and Valérie are on their honeymoon, and arrive at a grand hotel in Ostend, Belgium on their way across the channel. They’re supposed to catch a ferry to meet Stefan’s family in England, but he seems strangely reticent to make that introduction. The only other guest at the off-season hotel is the Hungarian countess Elizabeth Báthory, who becomes obsessed with the newlyweds, particularly Valérie. Between the countess’s advances, Stefan’s secrets, and a spate of murdered young women in nearby Bruges, it’s clear not everyone will be leaving this hotel alive.

Why you should watch it: This is a film that punishes domestic violence with death by vampires. So already it’s got that going for it. Glamorously homoerotic and gorgeous in an almost giallo film type way, Daughters of Darkness takes the legendary (but very real) serial killer Countess Báthory and turns her into a monster you both can’t look away from, and want to avoid at all costs.

Let the Right One In

The story: Bullied twelve year-old Oskar lives in Blackeberg with his mother in the 1980s. He quickly befriends Eli, a small girl who moves in next door with Håkan, an older man, despite both of them warning him against it. Eli and Oskar grow closer while Håkan begins killing people to harvest their blood, and it becomes clear that Eli isn’t the girl she seems to be.

Why you should watch it: Titled Låt den rätte komma in in Swedish (unlike the 2010 American version), the film plays with the idea of childhood, innocence, predation, and violence in fascinating ways. The wintry setting of suburban Stockholm only serves to highlight the Oskar’s isolation before meeting Eli, and the two together protect each other from a world that is hostile in more ways than one.

The story: Half a world apart, Adam and Eve, ancient vampires who have been married for centuries, wake as the sun sets. They both go in search of blood, Adam to a blood bank, and Eve to a supplier introduced by her friend Christopher Marlowe (yes, that Christopher Marlowe). A withdrawn and suicidal Adam has procured a revolver and wooden bullet and, sensing that something is wrong, Eve travels from Tangier to meet him. They spend time together in Detroit until increased interest in their activities forces them to travel back to Morocco, where bad news awaits them.

Why you should watch it: If you’ve ever thought to yourself “man, if I lived forever I would amass so much amazing crap,” this movie is for you. Between Eve’s books and Adam’s musical instruments, not to mention Tangier’s warmth, Detroit’s industrial starkness, and the wonderful soundtrack that brings it all together, there’s a delicious opulence to this film. It’s all existential meditations on depression, immortality, and love, saved from pretentiousness by a script that doesn’t take itself too seriously, and the collective acting chops of Tilda Swinton, Tom Hiddleston, John Hurt, and Mia Wasikowska.