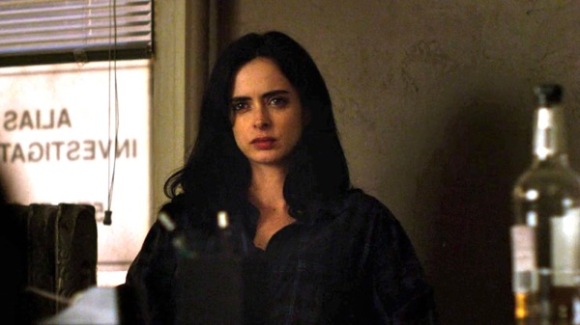 Hey kids, it’s been a while so there’s lots of good reading here for you:

The Hitchhiker’s Guide to Horror Films: SOMETHING WICKED THIS WAY COMES 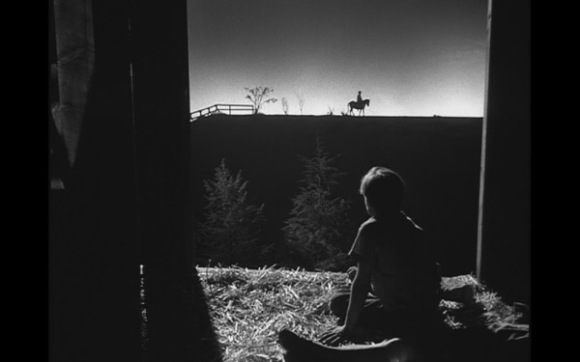 I love scary films, and have loved them for most of my life. You probably won’t see me lining up for Hostel 31 (or whatever number they’ve worked their way up to by now) but what I have found is that if you take time to properly explore the genre, there’s a treasure trove of beautiful, complex films to be found.

(Plus, I’ve mentioned before that I spent two years in a weekly horror film club, and I’ll be damned if I let that experience go to waste.)

In any case, ever had intense, wake-up-sweating nightmares in which something was chasing you? Congratulations, you’ve had a perfectly ubiquitous human experience. The feeling of being hunted, of needing to get away, is primal, and for our first week of horror film recommendations, the selections all play on the theme of evil hunters stalking hapless victims. Enjoy.

The Story: After sleeping with her date, college student Jay finds out that a mysterious, supernatural entity that only she can see is after her. It follows her, slowly but never stopping, and she’s left with only two options: run forever, or have sex with someone else, passing the curse on to them.

Why you should see it: This is a beautiful film, with an amazing Disasterpeace-composed soundtrack. It’s like candy for the senses (candy that makes you curl up in your movie theatre chair because you’re convinced something’s going to grab your ankles, but still). Detroit works perfectly as a cold, uncaring backdrop, and it also bears mentioning that despite its central conceit, this film has a refreshingly casual approach to sex.

The Story: Recently blinded by a car accident, Susy is at the mercy of two thugs hell-bent on retrieving a drug-filled doll they believe is in her fiancé’s possession. Manipulated, threatened, and fearful for her life, Susy will have to rely on her instincts to outwit her pursuers.

Why you should see it: You never thought Audrey Hepburn would make a good horror protagonist did you? But she did, and she is. Based on the 1966 play by Frederick Knott, almost the entire film takes place in a static room, and it’s that claustrophobic environment that makes this movie feel so intense and, frankly, stressful. 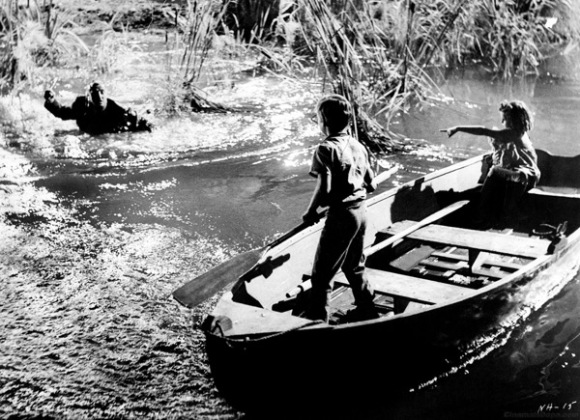 Night of the Hunter

The Story: Reverend Henry Powell, a misogynistic, switchblade-loving preacher-turned-serial killer, gets arrested for car theft in a small West Virginia town. He shares his cell with a man who accidentally killed two people in a bank robbery and, upon his release (and the other man’s execution), tries to figure out where the stolen money was hidden, first by seducing the man’s widow, then manipulating his two children.

Why you should see it: Man is Robert Mitchum good at the seething, barely under control creepiness. His sermons alone are enough to make this a good choice, but it’s the slow burn of this movie that seals the deal. Slow chases can be all the more terrifying (as It Follows above deftly shows), and watching two children escape on a rowboat down the languid Ohio river is more emotionally resonant than any high action, fast or furious movie could ever be. Plus, it’s beautiful, with the use of a soundstage, forced perspective, and chiaroscuro making this a gem of a film.

The Story: A mysterious video tape is circulated by teenagers, the curse attached killing everyone who watches it seven days later. A reporter and her ex-husband both watch the tape and, spurred on by the fact that their young son has also seen it, must race against time to uncover the tape’s origin and break the curse’s power.

Why you should see it: Few horror movie monsters make it into mainstream awareness, and there’s a reason Ringu‘s Sadako has joined the ranks of the Freddies and Godzillas of the world. The mix of (sort of) modern technology with folklore—the film is based on the ghost story of Bancho Sarayashiki—is fascinating and very, very scary. It’s a classic, and for good reason. Also, Japanese horror films operate on vastly different tropes compared to their North American counterparts, so if you’re not familiar with them, you’ll find them far less predictable than your typical American slasher.