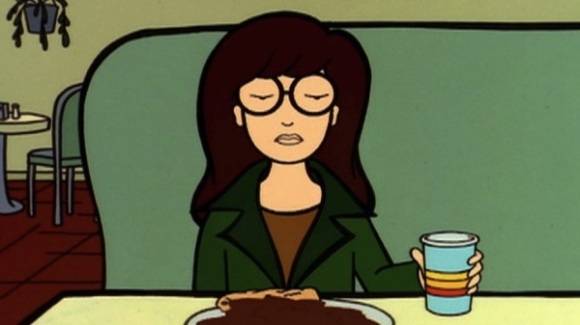 Show of hands, who loves Daria? Okay, that’s what I thought. Everyone loves Daria.

I’ll keep this one short, because I know that as soon as I remind you of this iconic 90s sasspot, you’re going to head off and go rewatch the entire series. Hold on a sec, I’ll be brief.

The main reason I so ardently love Daria is that there’s no one else who so wonderfully captures the disaffected, disappointed boredom of teenhood. It’s a type of distance that’s not so much apathy as it is a failure fully click with the world around you, and it’s a feeling that I’ve continued to identify with well past being a teenager. Plus, Daria does it with razor sharp wit to spare, and I can’t help but admire a good sarcastic peanut gallery, even if those people are tiresome in real life.

But lest we think Daria really doesn’t care, enter her friendship with Jane. The two together are a force to be reckoned with. When Daria is deadpan, Jane goes for sardonic. While Daria is unsurprised when misfortune arises, Jane—sometimes—manages to whip up some righteous fury. Their acceptance of each other is a beautiful thing to behold, as is their unwillingness to let conflict come between them. It’s a best friendship that I think most teens wish they had, and one that, it bears mentioning, is rife with romantic subtext. That’s just how committed to each other they are.

So thank you Daria for showing me that the oddball with the big vocabulary was going to be just fine, even if you probably don’t care. 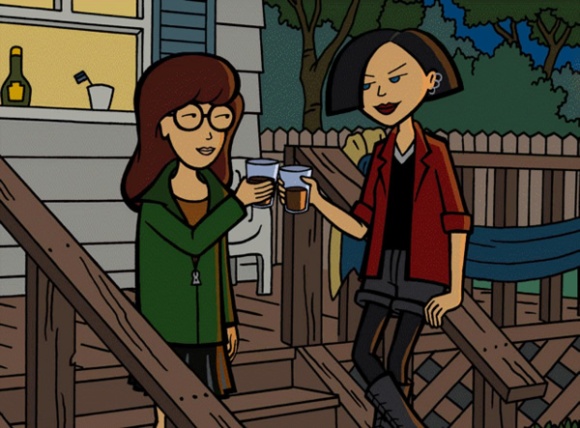