The Hitchhiker’s Guide to Webcomics: The beginning 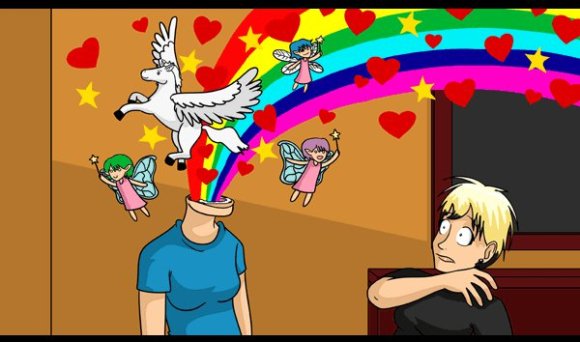 Webcomics, aside from being a whole lot of fun to read, allow comic creators almost unfettered access to an audience, free from the restraints that more traditional publishing would impose. Because of this, they’ve become a platform for a diversity of experiences and stories, and offer an almost shockingly woman-friendly community for those who find mainstream comics, like the big two, a little stifling.

I’ve been reading webcomics for a good few years now, so to kick the new year off well, I thought I’d provide some recommendations to anyone who might be looking for a new series to obsess over. Without any further ado, here are the comics that started it all:

Now over 10 years old, Questionable Content began as a story about a boy, Marten, his roommate, Faye, and his filthy, anthropomorphized computer, Pintsize. The comic has since expanded to feature several more characters (both human and robotic) and tell wonderful stories about how hard it sometimes is to figure life out. It’s kind of a staple.

Read if you like: Indie music, foul-mouthed robots, queer love!

Girls with Slingshots, by Danielle Corsetto

You know that friend who is your polar opposite? The one with whom you have nothing in common and there’s no way you should even be able to tolerate each other but somehow you’re inseparable? That’s Hazel and Jamie. The backbone of a huge ensemble cast, Jamie and Hazel’s friendship is truly wonderful to behold as they take on careers, relationships, and talking cacti.

Read if you like: BFFs, ghost cats, and about as much relationship diversity as you could possibly ask for. 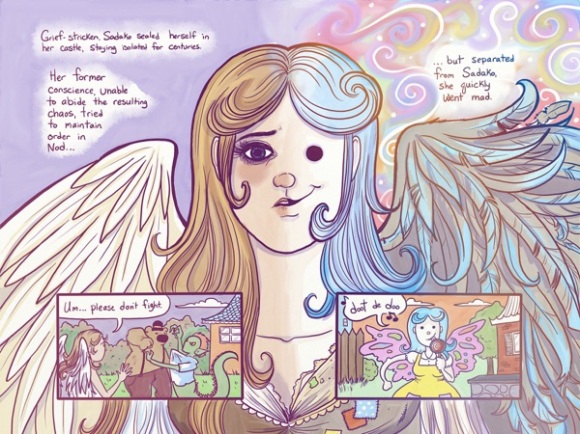 You think you’re reading a comic about two classmates who fall in love, but then surprise! You’re actually in the middle of a daring rescue in Dream World, and things only get better from there. Full of lush art styles, YU+ME: dream is a winding trip of a love story that follows Fiona’s quest to win back Lia and, you know, maybe save the world in the process.

Read if you like: Epic love that spans worlds, dreams, redheads.

A collection of one-shot comics, xkcd deals with everything from physics to love to sarcasm, and does it magnificently. Whether it’s a minimalistic single panel with only a talking stick figure, or a sprawling silhouetted landscape ready for exploration, there’s something for everyone. Despite the simplicity of the art, there’s a very good reason Munroe was nominated for a Hugo.